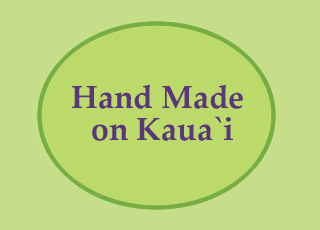 My mother was born and raised in Barcelona, Spain. Growing up, I remember my mom making her version of this classic Spanish dish at least once a month. When I moved to Kauai, I was thrilled to use fresh local fish, shrimp, tomatoes and pineapple, to give it a Kauai Grown twist. It's the best party, one pot meal. The shrimp, with their shells and heads still attached, are how the Spanish do it, and adds a lot of finger-lickin flavor. Who says you have to have turkey or ham for the holidays? Serve it with a fresh salad of market greens, a crusty baguette from Midnight Bear Bread, and plenty of wine. Serves 6

Directions:
1. Simmer saffron in stock, and keep warm.
2. Cut tomatoes in half, and using the large holes on a cheese grater, grate tomatoes into a wide brimmed bowl.
3. Sprinkle fish with a pinch of salt and pepper. Add a tablespoon of oil to a hot pan set over medium high heat. Saute fish, about two minutes on each side, until the flesh is opaque, and the top has a nice golden crust. Set aside until cool. Break into bite sized pieces.
4. In the same pan, add more oil if necessary, and saute shrimp, until pink, about 5 minutes. Set aside with fish.
5. Saute onion until soft, about 5 minutes. Add garlic, and saute until fragrant. Add grated tomatoes, bring to a boil, reduce to simmer and cook, stirring frequently, until it's a thick paste.
6. Stir in rice, cook 1 minute, stirring frequently.
7. Add stock, olives, pineapple, sea salt, pepper and bay leaf. Bring to a boil, reduce to simmer and cook, uncovered for 15 minutes, until rice is soft.
8. Five minutes before the rice is done, arrange cooked ono and sauteed shrimp on top of rice, cover with cloth towel.
9. Enjoy!